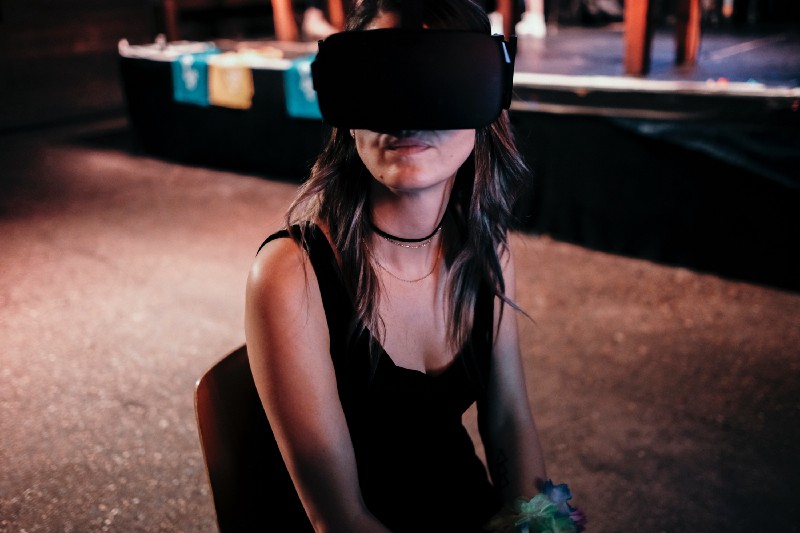 Retailers have had a front seat row to a terrible landslide in their industry. While some continue to perform well, all are cautious and skeptical of what the future holds. Formerly slow to adapt, they now keep vigil on every new technology for its implications and impact. Most of the time, this must instill fear.

Virtual reality has teased us for decades, but today it is starting to show real promise in “practical” applications across a number of industries, least of which industries like fashion and beauty. Vogue, a trendsetter in this domain, is preparing to bring their first VR feature to light next month.

In the age of reality television, getting intimately acquainted with celebrities has taken on an altogether new shape. To that end, the viewer of Supermodel Closets is “alone” in the closet with each model. During Jenner’s tour of two of her closets, she shows off shoes that were a gift from Kanye West and relays the story behind her 21st birthday dress. “We have always been interested in people’s worlds,” explains Vogue.com style editor Edward Barsamian.

While the premise may not be unexpected, the delivery is more so. For Vogue’s editorial team, the partnership is simply a natural progression of delivering new types of content. “[Our audience] looks to Vogue to innovate and show them what’s next,” says Vogue digital director Anna-Lisa Yabsley. In May, Vogue set up a 360-degree video feed of the Met Gala’s red carpet, which she said was hugely successful.

The naysayers will point out that VR is still very far away from regular usage, and they would be right. However, as the vast array of mobile, gaming and personal devices continues to expand to support more complex rendering scenarios, we’ll see that this timeline is much shorter than anyone suspected.

Of course, to discount the underlying need, the experience of content and commerce in new dimensions, due to the hardware footprint would be foolish, at best. Consumers are evolving alongside technology and their expectations, realistic or not, follow in parallel. Too many have ignored this reality.

Retailers have struggled to adjust to the realities of e-commerce and the mega players like Amazon. Though there was no reason for surprise, many were caught unprepared for how fast and furiously customers paved alternatives to their brick and mortar offerings.

Retail has a few standing advantages. First, they can deliver experiences that people want to feel in real life. That can be through architecture, design, merchandising, events or more. Second, some products still are best experienced in person to understand quality, fit, and scale. But what happens when these advantages evaporate.

Every new technology that disconnects the experience from the physical poses a potential threat to retailers at large. When high-resolution media, 360-degree views, and virtual reality all giving us a more direct impression of products and goods, consumers decreasingly need to rely on the in-person experience.

Can retailers protect themselves from this reality? Options are indeed limited, but focusing on the intangibles and the closeness of community stand out as 2 critical vectors to sustain the current dependency on retail. Moving beyond what’s expected, of course, there are many conversations worth having around how to re-purpose and re-position physical space in service of consumers and commerce.